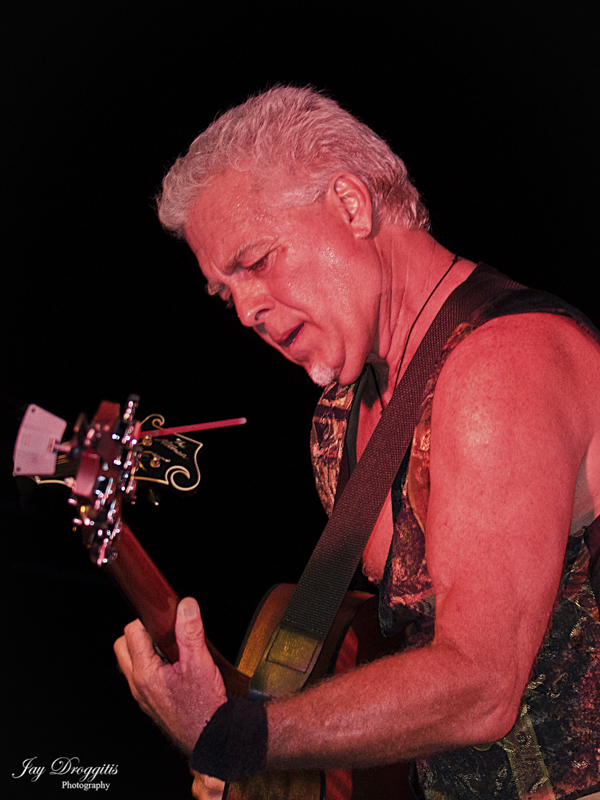 Barney Waterbury grew up in Memphis, Tennessee submerged in country and bluegrass music with a family full of musicians. He began playing professionally as a drummer in his father’s bluegrass band at age 12 and soon picked up the guitar.

Barney moved from Tennessee to Florida in 1979. “I moved to Florida and bought a set of Congas. “My friends asked ‘what’ cha gonna do with those bongos boy?’ It was a hard to conceive idea in a small town, moving to Florida with congas and buying a sailboat. They all thought I’d lost it. I must say it has been a great journey full of blessings and trials.” With exposure to new rhythms and styling he began to explore African, Reggae, Latin and Calypso music. Soon after he settled in to the beach life Barney put together The World Famous Chuck and Barney Show and Aiko Aiko Playing in pubs from St. Pete Beach to Clearwater Beach. In the late 80s Barney sailed his boat to the Abacos and lived at anchor for one and a half years writing music and refining his skill.

After returning to Florida In 1991 The Bohemian Swingers invited Barney to play congas, aux percussion, and sing. They very quickly became a staple on the beaches from Clearwater to Key West. Many still day dream of the care free Sundays at the Yellow Fin /Surf Side/ Alley Cats with the Bohemian Swingers. We were a wild ride! We had the opportunity to open for Little Feat, The Radiators, Widespread Panic, and Jefferson Starship. Once Vassar Clemons used us as his backup band for a show at Skippers Smokehouse, and we had one week to practice so we crammed and crammed. When we got on stage we played the first song of his set. Then he turned around and said, “Let’s play y’alls stuff I’ve already heard all mine”. The rest of the night he just jammed with us. Eventually the Bohemian Swingers went their separate ways. Barney began a solo act and started teaching. In 1998, playing acoustic at the East End Coffee Shop, Barney unknowingly set the foundation for the Urban Gypsies by inviting area musicians to stop in. Before they knew it they were being booked all over St. Pete and Tampa. Barney plays Acoustic Guitar, Vocals, Loga Phone, African Djembe, Auxiliary Percussion, Looping and has written many of the Urban Gypsies’ songs.

“Being able to perform and having the public enjoy what I have to offer always dumbfounds me. I could not do it without the people who believe in the message of our music. They lift me up, support me and make me feel like we are in this together.”   -Barney Waterbury

Being a descendant of some of the more well known Shower Singers such as Rita Sipes, and Leta Sweeney, it was only a matter of time before Leta Woloshuk stepped out of the shower and onto the stage.

Originally from Santa Fe, New Mexico, Leta has always had a passion for eclectic music, including Back Hills Bluegrass, African and Gypsy Folk and Latin genres. Leta, like many of the Gypsies met Barney at the East End Coffee House in 1998. After female vocalist Nancy Sheppard moved to Chicago,

Leta was called upon to lift her voice from beneath the echo of the ceramic tile and into the spot light. Soon she began experimenting with harmonies and singing with the Urban Gypsies. “It was quite a struggle” She explains having never sung professionally or in public. “Barney is a patient soul, and over time my voice found its place and the whole experience became less frightening”. In addition to singing with the Gypsies she also plays Mandolin, Banjo, African Djembe, Penny Whistle, Percussion, and holds down the web site and booking for the Urban Gypsies.

“It is because of Gods wondrous gifts that I have had the privilege of performing at so many great  venues all over St. Pete and Tampa. It has been a tremendous honor to be a part of such a joyous project. These are the good old days we will remember, filled with great people and great music.” Leta.

The Urban Gypsies of Florida have release albums that are for sale using the following link below.